So last week I challenged anyone who dare to take part in  a little competition to win a Ruby care package, containing some of my favourite things.  The general idea is that I’ll be posting the entries here and you guys can vote for your favourite in the comments.  Voting will close at midnight on Thursday 15 September 2011.

The details of what the image had to be about  –>  I’m feeling like an over excited zombie that’s stretched out too thinly.
Remember that when you vote to not only choose your favourite, but also choose the one that expresses the caption most accurately.  One of the entrants pointed out to me that I have to remember that a Zombie can only get SO excited as they are really strictly speaking, chronically depressed.  So I decided to pass that little bit of information on to you guys…the judges.

And here are our entries: 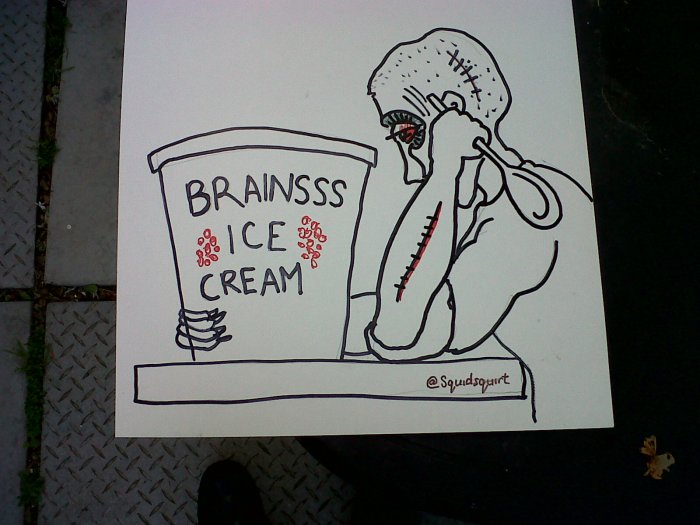 So off you go my lovelies…vote vote vote:) Winner shall be revealed on the 16th:)

14 thoughts on “Time to find a Zombie winner”