From Rovinj we drove the meandering coastal roads back to Rijeka. On the way we decided to spend some time exploring Velebit (the largest, but not the highest mountains in Croatia). We took a stunning drive as high as we could go and then proceeded to hike to the top. The view from the top is absolutely breathtaking! and you can actually see the islands off the coast of Croatia in the distance. 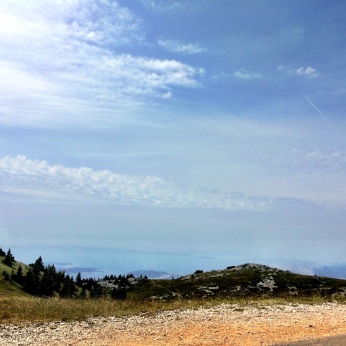 From Velebit we proceeded to take the ferry across the Adriatic Sea to the island of Rab, where the Gypsy’s mother and Grandmother live. The main town is beautiful and old and charming. Most of the town is not accessible by car, the homes are ancient and most of the town is protected by the National Heritage Council (i.e. if you want to do any home renovations or maintenance you have to get their permission first). 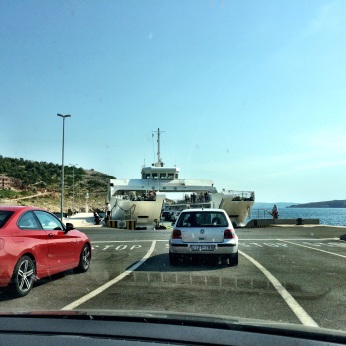 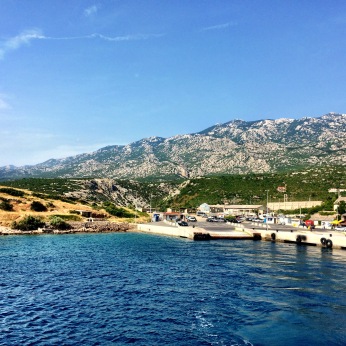 The island is mostly known for the old town of the same name, encircled by ancient walls. The town’s 4 church bell towers include the tower at the Cathedral Svete Marije (St. Mary) and the tower at the ruins of Sveti Ivan Church (St. John the Evangelist). The monastery at the 16th-century Church of St. Justine (Crkva Svete Justine) is now a museum of sacral objects.

The Adriatic sea does not have beaches like the ones we know in SA. There is no sand, but rather a variety of rocks and cement walkways. There are no waves and it’s much like swimming in a gigantic pool for the most part:) I also found the water to be extremely salty and as a result you can quite literally just kinda float around without even trying. It’s quite heavenly really and honestly I prefer this to our sandy beaches and brain scrambling waves when it comes to swimming. 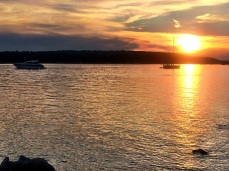 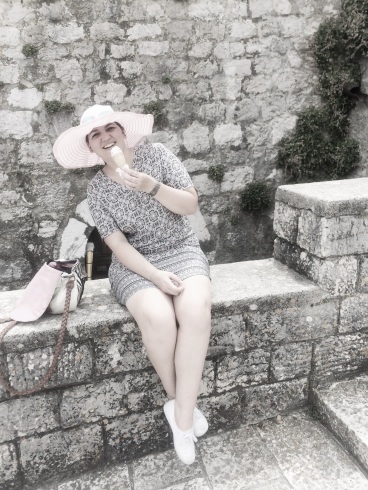 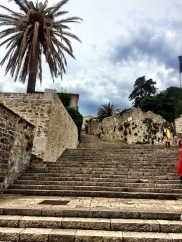 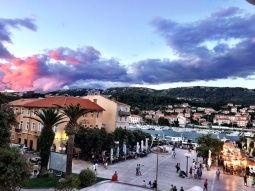 While on Rab we explored several other areas on the island including Frkanj, which was probably my favourite. The area is marked by small, private beaches, beautiful rock formations and forests. We spent a good few days of our time on Rab exploring different areas along Frankj. 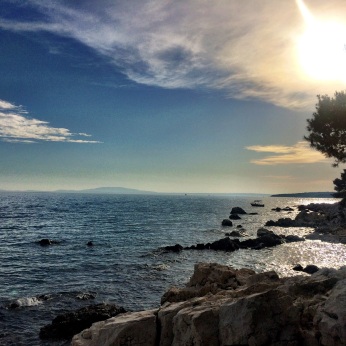 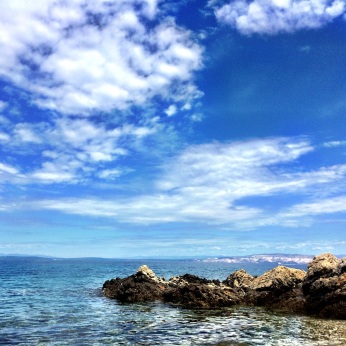 The Gypsy had been visiting nearly every year and shyly took me to a tree where he had carved our initials the previous year, shortly after we had started dating. He already knew at that point that it was forever….this guy though <3. 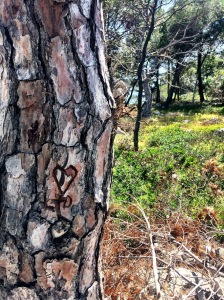 We also visited Lopar, which actually has sandy beaches. To my knowledge these are however man-made. 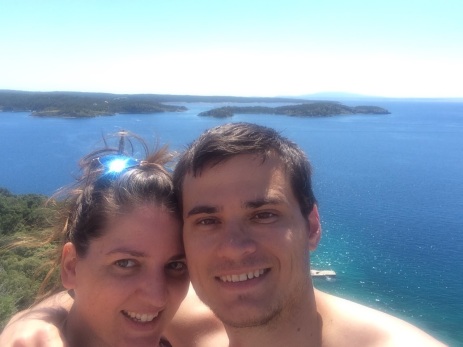 On one of the days we decided to cycle through the reserve on Rab. We rented bicycles from the hotel in Rab and cycled a total of 25km (12.5 each way). It was probably one of the most beautiful cycling trips in my entire life and we were rewarded with incredible views and a swim in the sea at the halfway mark.

I was also introduced to a lovely old man called Bogdan, who doesn’t speak a word of english, but is loosely related to the Gypsy’s family. This old man honestly put us all to shame. He’s well over 80 years old, still dives to more than 12m without any gear to catch octopus, fish and to collect shells and stones for his artwork and swims at least 5km each morning. He was kind enough to take us out deeper into the sea away from all the people to go swim and relax a few times and gifted us with a beautiful watercolour painting inspired by the island (which is now proudly hanging in our home). 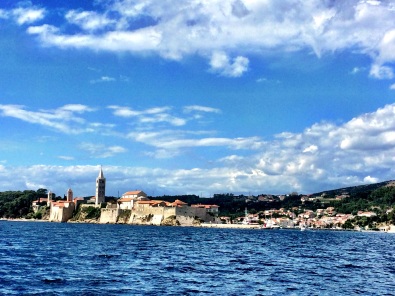 Rab has quite a unique charm and, apart from the fact that our family lives there, we will definitely be returning this year because it’s simply one of the most beautiful places on earth. The people are amazing and friendly, the roman ruins are incredible and there are views for days no matter where you go.

After a stunning week and a half of relaxing, exploring, swimming and sunbathing we hit the road in our trusty little rental back to Belgrade. It was a long drive, but the border post is lovely…it’s quite literally like going through a drive through or a toll gate in SA. You waste the minimum amount of time and the immigration officers are super friendly. Then it was time to fly back to SA and as usual it’s always great to be home:) And who knew that less than 6 months later we’d be engaged and married six months after that?! It’s been a rollercoaster, but it’s been amazing and I look forward going back there with my husband this year:)